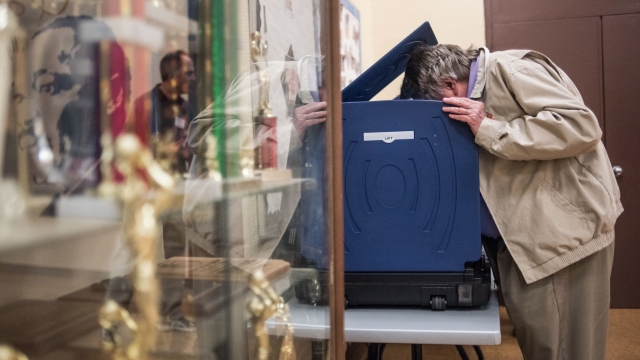 SMS
It Looks Like Some Red States Might Jump Ship This Election
By Melissa Prax
By Melissa Prax
August 12, 2016
A new poll and others suggest some Republican strongholds might turn blue.
SHOW TRANSCRIPT

Is a red state on the brink of voting blue? We're looking at you, South Carolina.

With the presidential election looming, a new poll is predicting an upset could happen in the state. Right now, according to that poll, Donald Trump is barely inching out Hillary Clinton.

That same poll also showed the two rivals have nearly equal ratings when it comes to favorability.

This is a big deal because the last time South Carolina went Democrat was in 1976.

We should note: The poll was conducted by Public Policy Polling, which is a left-leaning company. But other recent polls — from companies who say they are nonpartisan — have pointed to a similar trend.

For instance, a different poll out of Georgia — another longtime red state — showed Clinton leading by 7 points.

Another state that candidates are paying close attention to? Arizona. Clinton has been campaigning hard in both Arizona and Georgia in recent weeks.

Part of this strategy is inspired by President Barack Obama's single-digit losses in Georgia during both of his campaigns. Georgia hasn't voted blue since 1992.

Clinton's advantages in both of these states are especially driven by minorities.

Georgia's black population has been on the rise for more than a decade. Plus the state has a considerable Asian population. In Arizona, appealing to women and Latinos is important to the outcome of the vote.

Trump's campaign, on the other hand, has struggled to connect with those groups.