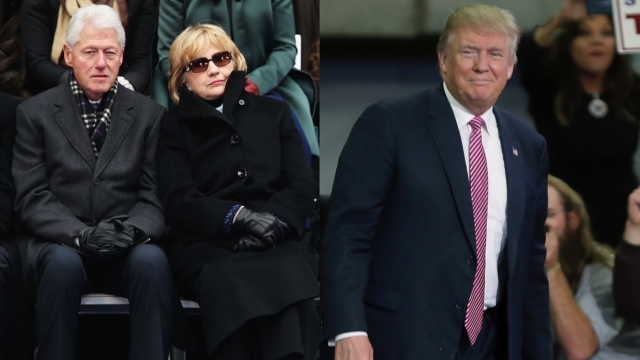 You know the embarrassment you feel when you send an email to the wrong person? Well, multiply that by about 100 and that's probably how the Donald Trump campaign feels right now.

In an effort to dig up dirt on likely general election opponent Hillary Clinton, a Trump campaign adviser emailed a researcher at the Republican National Committee to get information on Whitewater, an old Clinton scandal. In a reply, a campaign spokeswoman responded to Marc Caputo instead of Michael Caputo; Marc works for Politico.

For those of us who were still in diapers when Whitewater first came to light, here's some background.

The Whitewater Development Corporation was a failed real estate venture the Clintons were partners in starting in the '70s. There are allegations that while he was governor, Bill Clinton pressured someone to loan their other partner $300,000. The Justice Department and Congress investigated the deal after Clinton was elected president. Neither of the Clintons were found guilty of any wrongdoing, but some of their associates were convicted.

Whitewater didn't do much to hurt the Clintons' popularity on its own, but it was one of the earliest of the many scandals that have dogged the Clintons for decades. If Trump's looking for mud to sling at Clinton during the general election, there's probably no better place for him to start than Whitewater.