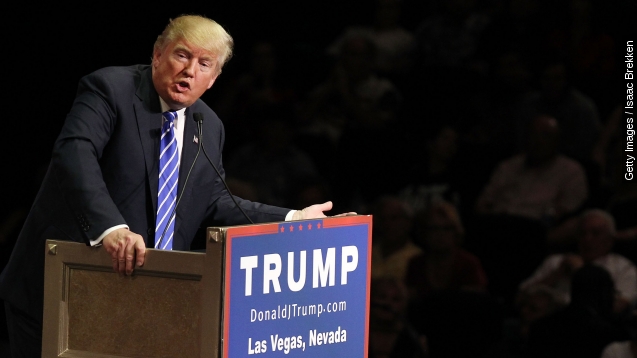 Donald Trump says Army Sgt. Bowe Bergdahl should have been executed for abandoning his post in Afghanistan. (Video via Donald Trump)

"We're tired of Sgt. Bergdahl, who's a traitor, a no-good traitor, who should have been executed," Trump said at a campaign rally in Las Vegas. (Video via MSNBC)

Bergdahl, who was captured by the Taliban in 2009 after leaving his post, was returned to U.S. custody in 2014 in a prisoner exchange.

Earlier this year, Bergdahl was charged with desertion and misbehavior before the enemy. Now, investigating officers are drawing up recommendations as to what his punishment should be. (Video via WRAL)

This isn’t the first time Trump has spoken out against Bergdahl. Following a campaign event in New Hampshire in August, Bergdahl’s lawyer called Trump’s comments "contemptible and un-American."

He also says Bergdahl left the base to bring "disturbing circumstances to the attention of the nearest general officer." The army has yet to decide whether Bergdahl will be court-martialed. (Video via Democracy Now!)