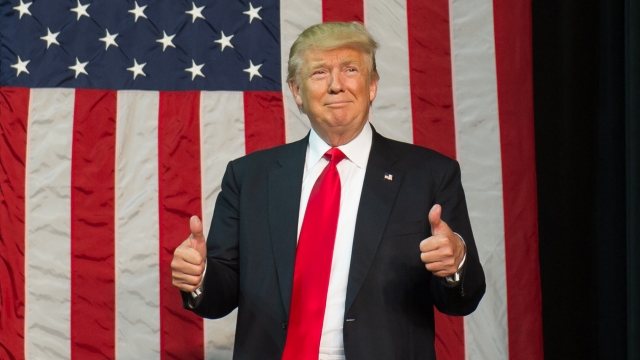 "I have no choice. I have to really go full-blast and get this thing done because we will make America great again," Donald Trump said.

In case you were confused, Trump is all in on this whole running for president thing. Trump was speaking about where he gets his stamina as former rival Mike Huckabee praised Trump for appearing at so many events. To be clear, this is not really an atypical schedule for a presidential nominee.

Now, Trump never actually answered the question about his stamina, but what he did say felt a bit like a pushback against a narrative about the Trump campaign.

The billionaire's inability to let critiques or personal slights pass by without bringing them up again and again has been a persistent theme of the campaign. Trump's detractors say this is detrimental to his campaign and will send his rival Hillary Clinton straight to the White House.

But Trump's trying to reassure people his approach is going to work out fine and says he wants to "maximize the time" left in the race.

You see it with the fight with a Gold Star family who criticized him at the Democratic National Convention. Or when, the day after he accepted the nomination, he renewed a conspiracy theory about Ted Cruz's father maybe having something to do with the JFK assassination instead of laying out his vision for America.

And he's warned us, calling himself a counter-puncher who responds "pretty strongly." And that works as a brash host of a reality show or even during a Republican primary. But this is the general election, and as the most unpopular major party nominee in polling history, there may come a time when his version of "going full blast" may not work out.