Clinton And Trump Seem To Have Really Different Views On Zika 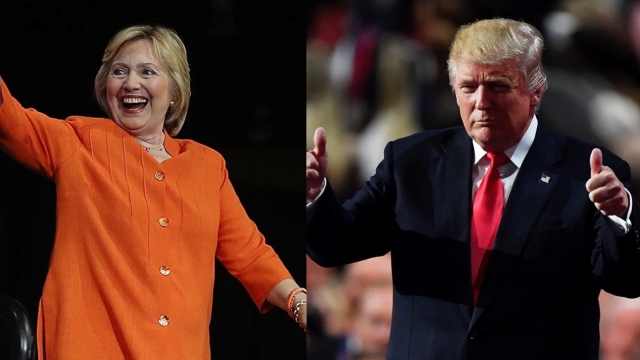 "This is a serious challenge and one that we need to be mobilized to address before it expands," Democratic presidential nominee Hillary Clinton said in a press conference Tuesday.

Clinton has called on Congress to come back just to vote on Zika funds as the virus starts to directly impact America. That's a bit different from what her GOP rival, Donald Trump, said earlier this week when asked about whether an emergency session was necessarry.

"I would say that's up to Rick Scott. It depends on what he's looking to do. Because he really seems to have it under control in Florida," Trump told WPEC.

Well, Rick Scott has once again made it clear what he wants. On Tuesday, he reiterated his call for Congress to "show up," saying, "The federal government must stop playing politics and Congress needs to immediately come back to session to resolve this."

It'll be interesting to see if Trump's message will change as we get closer to the general election. As you probably already know, Florida is a huge swing state and Clinton is signaling that Zika will be a big issue on the campaign trail. She's already called out the Trump campaign's rhetoric on Zika and sent aides to Puerto Rico early on.

And Congress really needs to get a move on. The funding they transferred from the Ebola fund is about to run out, and four more people in Florida have gotten the Zika virus from mosquitoes, bringing the state's total to 21.