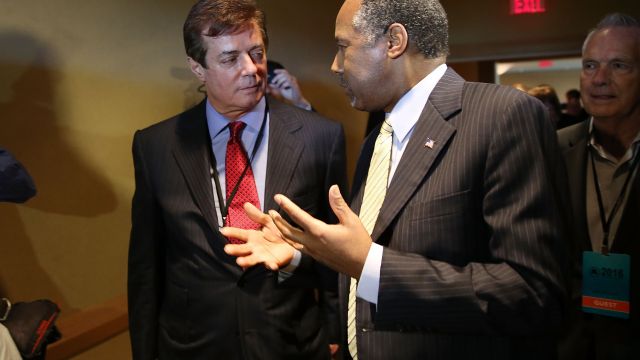 Fresh off his victory in the New York primary, Donald Trump is now conducting a charm offensive against a bitter enemy: the Republican National Committee.

Trump told a crowd, "Our Republican system is absolutely rigged. It's a phony deal."

While the Republican front-runner likes to deride party insiders and their nomination process in public, he also sent a quiet delegation to the RNC's spring meeting to persuade the party elite to back Trump as the GOP nominee.

And their message was an attractive one for the RNC. According to The New York Times, Manafort promised Republican officials Trump's abrasive public persona would soon turn into something more presidential — making him a more palatable choice for the establishment and undecided voters.

"Politics is a team sport, and we can't win unless we rally around whoever becomes our nominee," Priebus said.