Trump Adviser Thinks Hillary Clinton Should Be 'Shot For Treason' 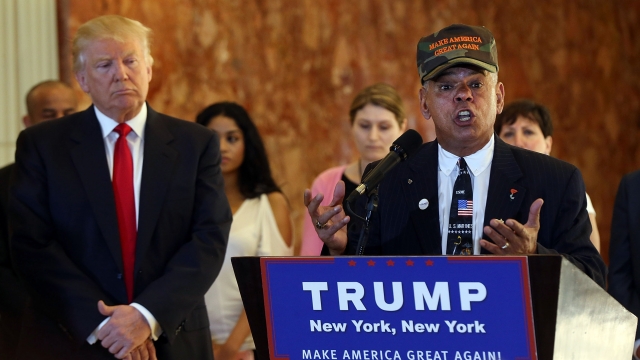 A Donald Trump adviser said Tuesday, "Hillary Clinton should be put in the firing line and shot for treason."

He said: "She dropped the ball on over 400 emails requesting backup security. Something's wrong there."

Baldasaro told the Boston Globe the next day, "When you take classified information on a server that deals with where our State Department, Special Forces, CIA, whatever in other countries, that's a death sentence for those people if that information gets in the hands of other countries or the terrorists."

SEE MORE: Clinton May Have The Popular Vote, But Trump's Leading In Swing States

However, the State Department knew about her private server. It was also only after Clinton stopped being Secretary of State that many of the explicit rules against using personal emails for government business came into play.

Earlier this month, the Justice Department decided against charging Clinton, yet a poll found roughly 60 percent of independent voters thought the FBI was wrong not to. But treason wasn't necessarily a charge being discussed.

Trustworthiness has become a growing issue for Clinton, and following charges not being filed against her, Trump has caught up to her in multiple polls.

Baldasaro has advised Trump on veterans issues and has introduced him several times at campaign events.

This video includes clips from Fox News, C-SPAN, PBS, the White House, KSAZ, U.S. Department of State, RT and CNN and images from Getty Images and audio from WRKO.