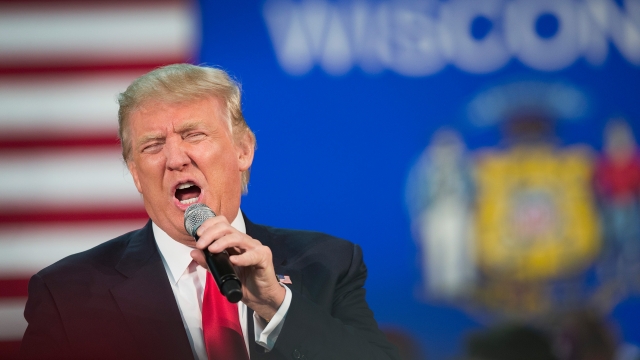 Last week was a pretty turbulent one for Donald Trump's campaign.

And, according to a private document published by The Washington Post Monday, the GOP front-runner's senior campaign adviser isn't very pleased with Trump's critics.

The internal memo appears to be written by Trump campaign senior adviser Barry Bennett. And it urges campaign staffers to ignore those who have started to call the campaign into question.

The memo reads, in part, "During the week they labeled the 'Worst Week Ever,' we increased our support by over 15 percent. Why is the question they cannot grasp. America is sick of them. Their idiotic attacks just remind voters why they hate the Washington Establishment."

During that "worst week ever" Bennett mentions there, Trump came under fire for his recent comments on abortion and nuclear power. And on top of that, campaign manager Corey Lewandowski was charged with battery for grabbing a reporter.

When asked to comment on the memo, Bennett told New York Magazine over the phone, "The press is printing the narrative that the Republican establishment is setting. What's necessary — what I'm saying here — is that we can't let that influence how we see ourselves."

But Trump himself doesn't seem too fazed. This is what he had to say on CBS' "Face the Nation" Sunday:

Trump hopes to bounce back in Wisconsin, where both he and Ted Cruz have been campaigning hard ahead of Tuesday's primary.

This video includes clips from Donald J. Trump for President, Inc. and MSNBC, and images from Getty Images.