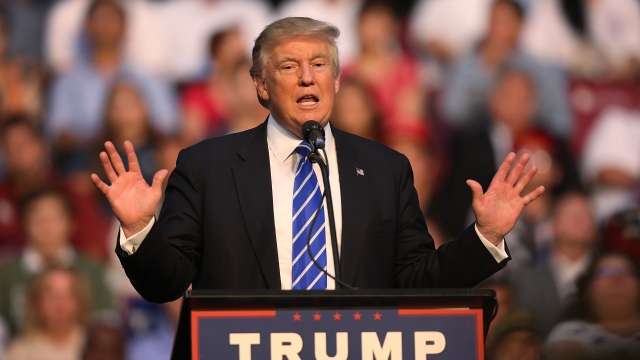 SMS
Another Accusation Of Anti-Semitism Plagues Trump Campaign
By Eugene Daniels
By Eugene Daniels
August 18, 2016
Joseph Schmitz is accused of discriminating against Jewish employees while he was the Defense Department's inspector general.
SHOW TRANSCRIPT

The Donald Trump campaign is facing more accusations of anti-Semitism. This time the finger is being pointed at one of his newest advisers, Joseph Schmitz.

In a complaint cited by McClatchy, Schmitz is accused of discriminating against Jewish employees while he was the Defense Department's inspector general. The report claims three people confirmed these allegations, including one who testified under oath. All three reportedly have upcoming "employment grievance" cases with the government.

Schmitz denies the claims, saying he doesn't remember such allegations being made against him. He added that he's "quite proud of the Jewish heritage" of his wife.

At this point, this seems to be a bit of a he-said, he-said situation. But it provides perfect fodder for Trump critics who have been saying his campaign is anti-Semitic.

They point to, among other things, a remark at the Republican Jewish Coalition and a retweet of an image of Hillary Clinton next to a Star of David surrounded by a whole lot of cash. Trump's campaign has maintained the star in question was not the Jewish symbol.

And Trump has also garnered a lot of support from white supremacist groups. Of course, politicians can't really help who supports them, but the campaign has received criticism for not disavowing those groups fast enough or at all.

And in politics, scandals usually only stick around if there's already a narrative built. Clinton has her emails and trustworthiness, and Trump continues to take hits for riling up white supremacists and nationalists.