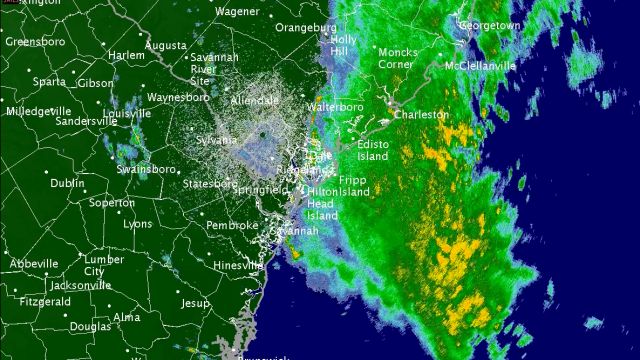 Tropical Storm Bonnie hit the Carolinas on Sunday with only a slight roar, but weather researchers say it could be the start of a particularly active hurricane season.

Bonnie formed off the coast of Charleston, South Carolina. It was upgraded to a tropical storm Saturday but weakened to a tropical depression before making landfall Sunday.

The coast saw some flooded streets, fallen trees and downed power lines, but for the most part, came out of it unscathed.

Still, researchers say this could be one of several powerful storms this summer. They're predicting a "near-normal" season this year — an increase over the last three seasons.

A report from the National Oceanic and Atmospheric Administration on Friday said there's a good possibility of four to eight hurricanes this year; one to four of those could develop into a major hurricane, the agency said.

A major hurricane is defined as one that's Category 3 or above. In other words, hurricanes with 111 mph winds or stronger.

Last year, Hurricane Joaquin was the strongest to hit the U.S.

The Category 4 hurricane and its 155 mph maximum winds brought rainfall and "historic flooding" to the Carolinas, even though the majority of the storm didn't make a direct hit. Several were killed, and millions of dollars in damage was caused.

NOAA says on top of the several hurricanes the U.S. could see, an additional 10 to 16 "named storms" with winds 39 mph or higher are also likely. Hurricane season officially begins June 1.

This video includes a clip from NASA and images from the NOAA.