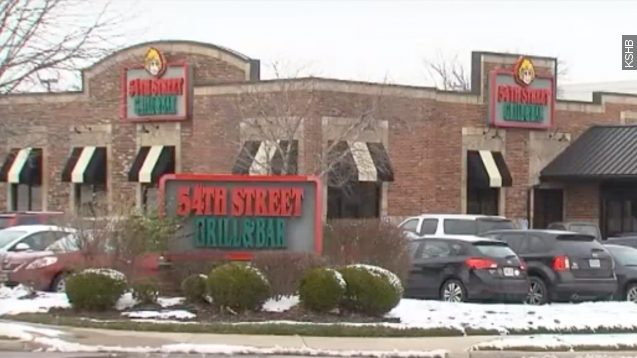 A restaurant in Independence, Missouri, is getting some negative attention after a customer complained about a controversial plaque on the bar.

"Could you imagine a kid sitting there reading that — even somebody who's a rape victim?" said Ashley Smith, a customer.

Customer Ashley Smith posted a picture of the plaque to the chain's Facebook page and said the restaurant told her in a private message that the decoration was "an old tongue-in-cheek joke from the 90s."

But the fact that the restaurant was decorated in the '90s didn't make the joke any better for Smith, and she told KSHB it still exemplifies rape culture.

The restaurant has since issued a public statement saying: "The artifacts inside the bar were installed over 20 years ago by a third party company. ... We value the opinions of our guests and can understand why the plaque is offensive."

54th Street Grill told Newsy's partners at KSHB it plans to cover up the plaque with a different one.