Treadmill Test Can Predict Chance Of Death Within A Decade 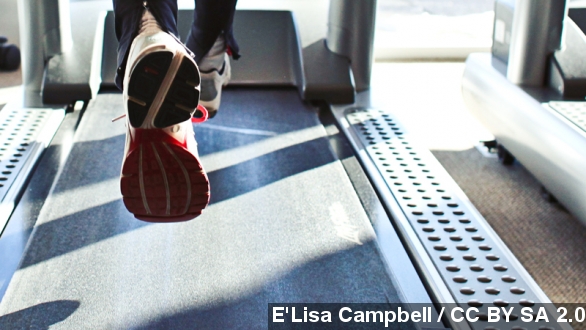 SMS
Treadmill Test Can Predict Chance Of Death Within A Decade
By Matt Moreno
By Matt Moreno
March 2, 2015
Johns Hopkins researchers analyzed 58,000 heart stress tests to come up with a formula that predicts a person's chances of dying in the next decade.
SHOW TRANSCRIPT

Researchers say just by having you run on a treadmill, they can predict your chances of dying in the next decade. Scary stuff, right?

Scores ranged from negative 200 to positive 200 — the more positive the score, the lower your mortality risk in the next 10 years. Patients with scores from 0 to 100 had a 3 percent chance of death in the next decade, while patients scoring 100 to 200 had a 2 percent chance.

The researchers hope this treadmill test will not only serve as a mainstream test for cardiologists around the nation since it's relatively accurate, simple and cheap, but also motivate people to get in shape.

Senior study author Michael Blaha added, "The notion that being in good physical shape portends lower death risk is by no means new, but we wanted to quantify that risk precisely by age, gender and fitness level, and do so with an elegantly simple equation."

"Look, if this is in your power to change and improve your number, pump up the speed. It's all about getting a high heart rate. You can actually change a bit of your destiny on this," said ABC's Dr. Jennifer Ashton, who was not involved in the study.

Treadmill stress tests generally consist of a patient walking on a treadmill and gradually increasing speed and incline. The test normally runs until the patient is exhausted or has met a predetermined goal.

But as Shape Magazine points out, this one doesn't take into account countless other variables, like electrocardiogram readings, so it's much less time-intensive.

The study was released in the journal Mayo Clinic Proceedings.