Travelers Beware: The Worst Days Of 2016 To Fly 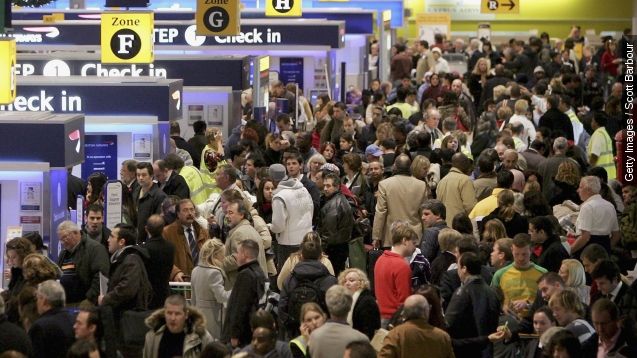 SMS
Travelers Beware: The Worst Days Of 2016 To Fly
By Ryan Biek
By Ryan Biek
January 11, 2016
The CEO of ticket comparison website FareCompare says these are some of the most expensive days of the year to fly.
SHOW TRANSCRIPT

Mark your calendars for these days to avoid flying, starting with March 17.

The CEO of ticket comparison website FareCompare tipped off ABC on the most expensive days of the year to fly.

He said St. Patrick's Day will mark the end of the cheap winter season for both domestic and trans-Atlantic flights.

Another price hike will happen on May 17 with the start of the pre-summer season. Flying just a day earlier could save you money.

And he called June 10 "the final jump of the summer," with airlines raising prices just when people want to start their vacations the most.

What if you have no choice but to fly on those days, though?

The airfare search engine CheapAir reported last year domestic flights are cheapest four months to one month out. On the flip side, international prices stay fairly stable until they jump three months before your departure.