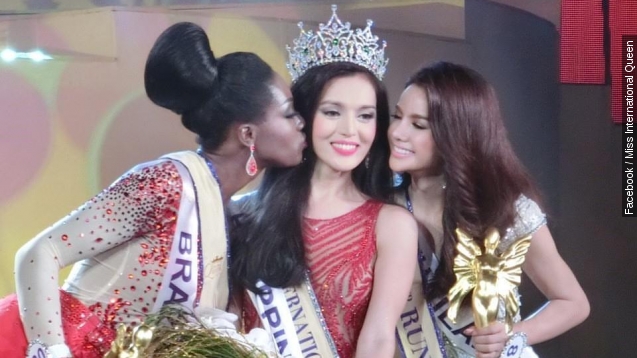 The world's biggest beauty pageant for transgender women, Miss International Queen, has officially ended its 11th year. And the winner is —

Trixie Maristela from the Philippines.

"The reason why I want to join Miss International Queen 2015 is I believe in its vision of uplifting the trans community by staging an international beauty pageant and I want to be part of it," she said.

Maristela ended up being the biggest part of it — the winner!

The first runner-up was Valesca Dominik Ferraz from Brazil.

Although we gotta say, there were some interesting outfits along the way.

Many of the more festive outfits came from the nationality-themed costume contest. There were also more traditional rounds, like swimsuit and evening gown. Although, even with swimsuits, we aren't sure about those hats.