Traffic Deaths Are Still Too High, WHO Report Says 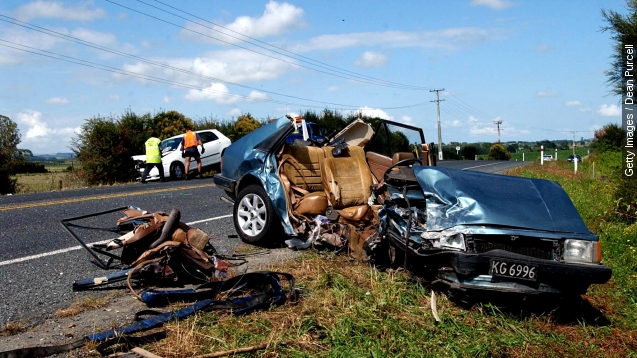 SMS
Traffic Deaths Are Still Too High, WHO Report Says
By Ryan Biek
By Ryan Biek
October 19, 2015
The World Health Organization reports over 1 million people die each year from road traffic crashes, but many of those deaths could be prevented.
SHOW TRANSCRIPT

Over a million people die each year from road traffic crashes around the world, according to a World Health Organization report. And the organization is saying that number is too high.

The good news is the number of deaths isn't on the rise, despite the global number of drivers increasing rapidly. (Video via Minnesota Department of Transportation)

But health officials say traffic deaths are the most preventable kind and more action should be taken to prevent them. (Video via U.S. Department of Transportation)

The problem is especially bad in poorer countries, where 90 percent of the world's traffic deaths occur and many cars fail to meet safety standards. (Video via BBC)

The U.S. still needs improvement in some areas too, though.

The health organization's report found between 2010 and 2013, the proportion of motorcycle deaths out of all road traffic fatalities climbed from 15 to 20 percent. (Video via Minnesota Department of Public Safety)

And a recent federal study found at any time of day, over 650,000 Americans use electronic devices while behind the wheel. (Video via U.S. Department of Transportation)

According to Live Science, the U.S. ranks in the middle, at 97th, among the world for average traffic deaths per 100,000 people.