Trading A Mansion For A Prison Cell: How Oscar Pistorius Got Here 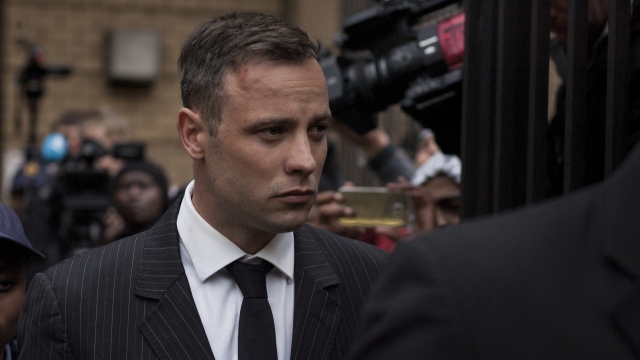 SMS
Trading A Mansion For A Prison Cell: How Oscar Pistorius Got Here
By Katie Link
By Katie Link
June 13, 2016
The former Olympian's sentencing hearing is underway, and he could face up to 15 years in prison.
SHOW TRANSCRIPT

For the past several months, Oscar Pistorius has stayed out of the headlines and in his uncle's mansion where he's been serving house arrest.

Well, now he's back in the headlines and could soon be relocating.

A new sentencing hearing for the former Olympian kicked off Monday. Here's a quick refresher on his case.

On Valentine's Day 2013, the former Olympian shot and killed his model girlfriend Reeva Steenkamp through a bathroom door in his South African home. He said he thought she was an intruder.

He was charged in her killing in August 2013. In September 2014, he was found guilty of culpable homicide, or manslaughter. A month later, a judge sentenced him to five years in prison. He only served one of those years before he was released on parole from prison in October 2015 and transferred to house arrest. In December 2015, the Supreme Court of Appeal upgraded his conviction to murder. That brings us to now — his sentencing hearing for murder.

Pistorius could face up to 15 years behind bars. But according to his lawyers, he's not well enough to do so.

Pistorius is reportedly suffering from anxiety and depression. A clinical psychologist who testified at the first day of the hearing said: "Currently, in my opinion, he is not able to testify. His condition is severe."

A sentence is expected by the end of the week.

This video includes images from Getty Images and clips from SABC.