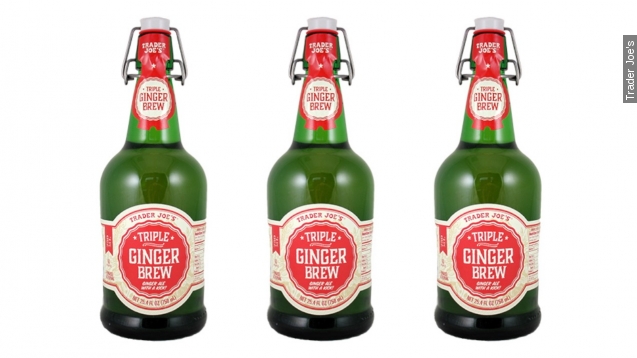 Grocery store chain Trader Joe's has issued a nationwide recall of its Triple Ginger Brew due to "bursting bottles."

According to a report from the Food and Drug Administration, Trader Joe's customers reported unopened bottles "shattering or bursting." And based on the company's announcement, the reason appears to be unknown.

Now, the ginger ale inside the bottle is safe to drink, but the company along with the FDA is advising you to carefully throw any bottles you might have away.

The voluntary recall applies to all Triple Ginger Brew bottles bought between Nov. 9 and Dec. 14. No injuries or illnesses have been reported.

This video includes images from Getty Images and Trader Joe's.