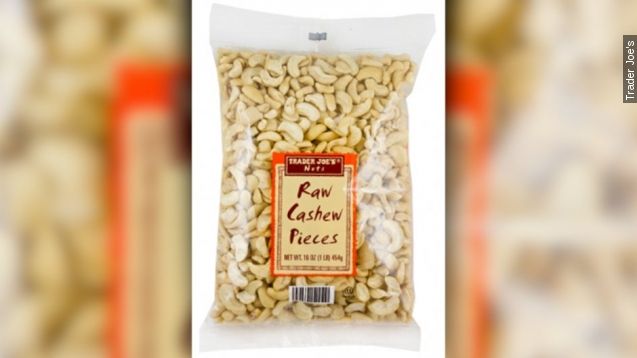 Trader Joe's is recalling scores of raw cashews over concerns they might be infected with salmonella.

The company issued the recall on Sunday, saying "one specific lot ... may be contaminated."

So far, no illnesses have been reported. The store is asking everyone to throw out the product or return it to a store for a full refund.

This video includes images from Getty Images and Trader Joe's.