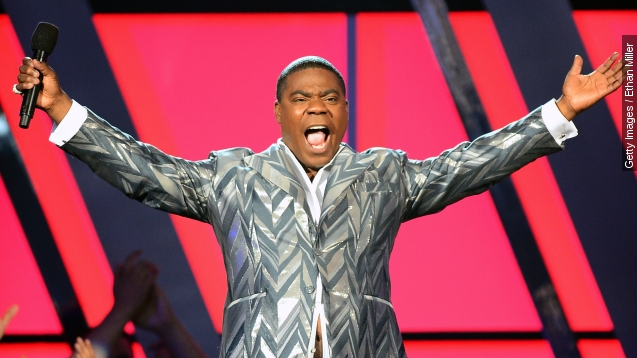 Tracy Morgan is finally back after that horrible car accident last year. His celebratory return to show business already included a stop by "Saturday Night Live" last week. And he just stopped by "Jimmy Kimmel Live" to show off a recent big purchase — the Bronx Zoo.

"What's the difference between a bison and a buffalo?" Jimmy Kimmel asked on "Jimmy Kimmel Live."

Apparently, owning a zoo doesn't exactly make you a zoologist. Tracy did have some interesting facts about the animals' diets, though.

"What do they eat?" Guillermo asked.

"Some of them eat Big Mac meals, and a lot of them like White Castle," Tracy said.

"Yeah. This one right here is from the West Coast, so he loves Fatburgers," Tracy said.

He should probably just stick to comedy.