'Toy Story 4' Could Be More Than A Cash-Grab Sequel 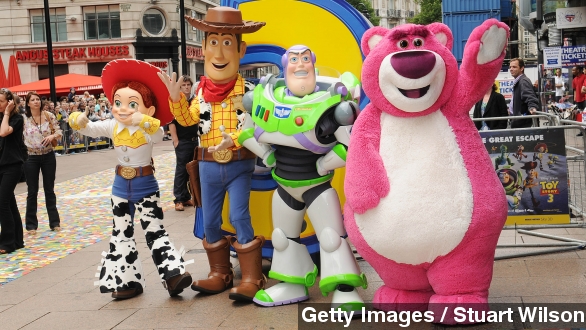 SMS
'Toy Story 4' Could Be More Than A Cash-Grab Sequel
By Ben Lawson
By Ben Lawson
March 6, 2015
In the era of generic sequels, it seems like the next installment in the "Toy Story" franchise might be a bit more than a cheap reboot.
SHOW TRANSCRIPT

"Toy Story" is getting a fourth installment because Pixar just can't seem to leave a good franchise alone.

But Pixar President Jim Morris has revealed more information about the film that makes it seem like a little more than a quick cash grab.

In an interview on Disney's Latino blog, Morris said: "It's not a continuation of the end of Toy Story 3. Temporarily it is, but it will be a love story. It will be a romantic comedy. The focus is not going to be placed on the interaction between the characters and children."

So yeah, it's a bit confusing to ditch the theme of the previous three films, but maybe that refresher is just what the franchise needs.

"Toy Story 3" wrapped up Andy, Woody and Buzz's story with an emotionally satisfying conclusion, so why go back there? And a new direction for the story could be fun.

Morris also made another interesting point: Pixar isn't exactly struggling right now. The studio's films are typically successful at the box office, and it doesn't have to do sequels unless it feels like it's going to be the right creative call.

But that certainly hasn't stopped it from churning out sequels to some of its most popular films and raking in some major cash. 2013's "Monsters University" made more than $740 million worldwide at the box office.

Let's also not forget that "Toy Story 3" brought in more than $1 billion, making it one of the highest-grossing animated films of all time.