Swings, D&D And Little People Are Now In The Toy Hall Of Fame 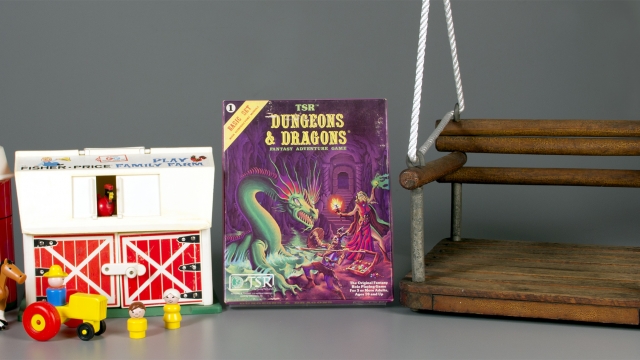 SMS
Swings, D&D And Little People Are Now In The Toy Hall Of Fame
By Matt Picht
By Matt Picht
November 10, 2016
The Strong National Museum of Play inducted three new toys into its hall of fame this year.
SHOW TRANSCRIPT

The Strong National Museum of Play in New York has been doing the important work of deciding which toys are the best toys.

SEE MORE: Check Out The 3-D Printer That Lets Kids Make Their Own Toys

It's fairly easy to make a case for swings.: The technology's been around for centuries. The simple and accessible device gave families in urban areas a valuable outlet for play during the 1900s. Plus, it actually requires kids to go outside and get some exercise.

Fisher-Price's Little People line of toys caters to very young children, giving them chunky replicas of real-world scenarios to play with. The toys have been helping young kids exercise their imaginations for over 50 years.

In contrast, Dungeons & Dragons often attracts a more grown-up audience. The original game of dice-rolling and storytelling has been crafting fantasies for the young and old since the '70s.

It's also inspired a genre of similar tabletop games and paved the way for several successful video games.

SEE MORE: Did Your Favorite Video Game Make It Into The Hall Of Fame?

Left off the list this time: Care Bears, Transformers and Nerf weapons. Better luck next time.