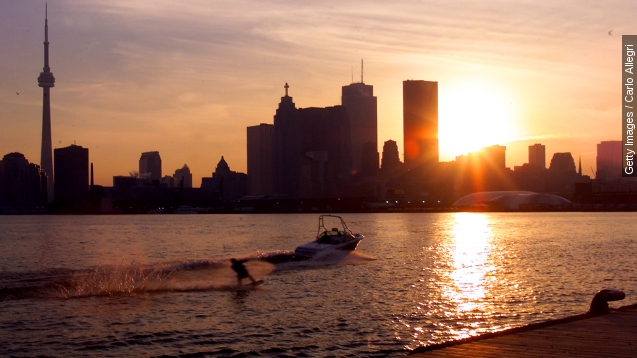 SMS
Toronto Men Proclaim Themselves Most Promiscuous Canadians
By Evan Thomas
By Evan Thomas
August 7, 2015
A dating website's poll found 79 percent of Toronto men claim to have had more than seven sexual partners in 2014.
SHOW TRANSCRIPT

Toronto is the most promiscuous city in Canada, according to one completely unscientific poll.

The poll ranked Canadian cities based on the percentage of residents who said they had more than seven different sexual partners in 2014.

Toronto, Ontario, ranked first, with 79 percent of respondents saying they had more than seven partners.

And 73 percent of residents in Gatineau, Quebec, reported more than seven partners.

Poll respondents in the top 10 cities reported twice the sexual activity of the national average: Nationwide, only 37 percent of respondents reported more than seven partners.

At the same time, the data suggests fidelity rates higher than promiscuity, at least in Toronto.

One report indicated Toronto was only fifth highest on the list of Canadian cities for extramarital affairs.

This video includes images from Getty Images, Bryan Wittal and Robert Linsdell / CC BY 2.0 and music from BOPD / CC BY 3.0.