Tornadoes Reported In Mississippi And Alabama 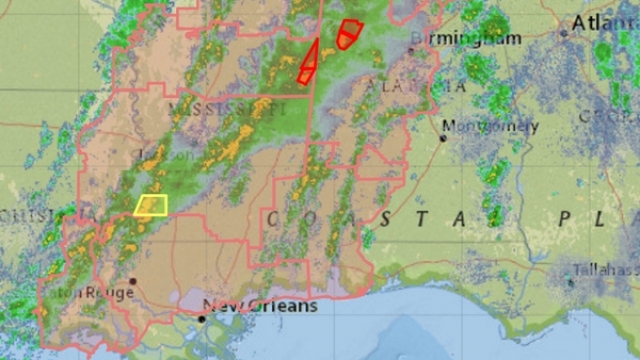 Severe storms tore through the southern United States on Tuesday with reports of tornadoes in Alabama and Mississippi.

A tornado touched down in Aliceville, Alabama, near the Mississippi border. A federal prison there and several homes were damaged. Only minor injuries were reported.

Homes in Mississippi were also damaged, and multiple tornadoes were reported there. The Weather Channel says most of those reports were within a two- to three-hour window. (Video via WLBT)

And in the north-central part of the country, winter storm Kayla is creating "blizzard or near-blizzard conditions" across parts of the Midwest. (Video via KOLN)

The National Weather Service Prediction Center says there could be weaker thunderstorms in southeastern states Thursday. (Video via WIAT)