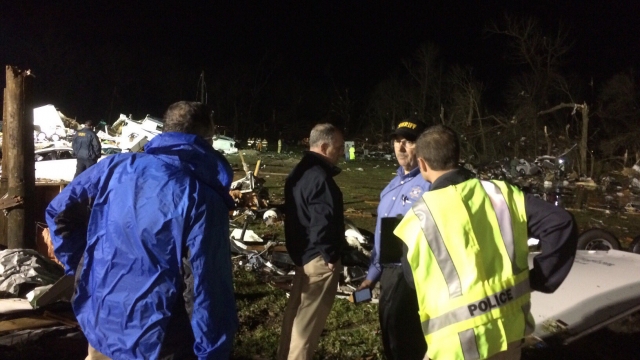 According to The Weather Channel, tornadoes were reported in Louisiana, Florida, Mississippi, Alabama and Texas. At least three people died and more were injured throughout the region.

Two of those confirmed deaths happened after a suspected tornado damaged dozens of trailers at an RV park in Convent, Louisiana.

"We all need to be prayerful and we need to be mindful of just how serious these incidents can be," Louisiana Gov. John Bel Edwards said at a press conference.

Storms are expected to continue through Wednesday in the Carolinas, Florida and far southeast Virginia.

This video includes clips from WFTS and WKRG.