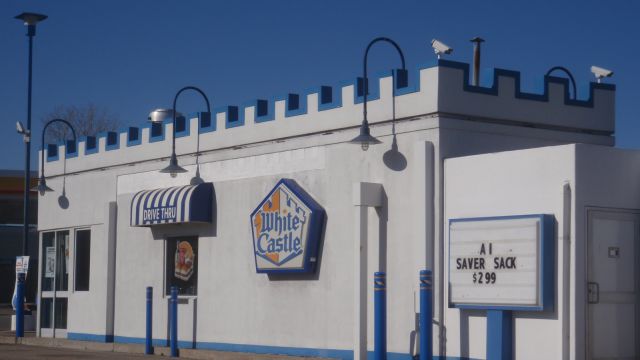 When you think of Valentine's Day, thoughts of flowers, chocolate and romantic candlelit dinners probably come to mind, right? But a few establishments want to push you outside those stereotypical holiday plans and get you to dine with your sweetheart in a less conventional place.

First is White Castle. Yep, we're talking about the fast-food chain that sells those square hamburgers.

For its 25th year, White Castle is accepting reservations at select locations for a tableside dining experience you don't usually get there.

In a press release, White Castle said: "For many couples, White Castle holds a special place in their hearts. Many have fond memories of first dates here ... and then there's the few who shared their wedding vows among friends and family in our dining room."

Diners who choose to go the White Castle route, can munch on shrimp nibblers, sliders and strawberry and cream waffles, which come with "special heart sprinkles."

Our next location is perhaps a step up from shrimp nibblers. This year, the Warner Bros. Studio Tour London is allowing couples to dine in Hogwarts' Great Hall.

Instead of the traditional long tables and benches for each Hogwarts house, individual tables for two will be set up around the room and couples will be served a three-course meal.

The cost per couple is about $715, but the evening also includes a visit to two soundstages used during the film of the eight Harry Potter movies and a backlot that features a lot of the original sets. And don't forget about the wand souvenirs each attendee gets to take home as a gift.

And finally, there's Waffle House. It's covering its sticky tables with white tablecloths and will only allow customers inside if they have a reservation.

A writer for Eater called having Valentine's Day Dinner at Waffle House "the apex of modern romance," pointing out not only will the chain serve its typical breakfast staples — yes, the waffles will be staying — it'll also offer a T-bone steak menu option.