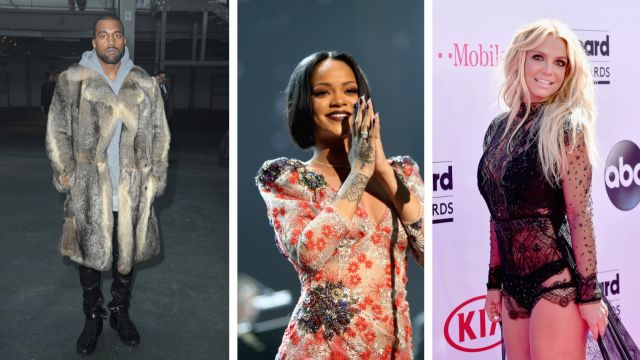 The MTV Video Music Awards might be all about honoring the biggest music videos of the past year, but really, we'll be tuning in Sunday to catch these three celebrities perform.

First is Kanye West. Why, exactly? Simply because no one can ever predict what he's gonna say next.

And the award show's producers have reportedly given the rapper four minutes of airtime "to do with as he pleases."

Last year, West gave an 11-minute acceptance speech after winning the Michael Jackson Video Vanguard Award. He ended that speech by saying he was running for president in 2020.

Next is Rihanna — who we should expect to see on our television screens quite a bit Sunday.

Entertainment Tonight reported RiRi might perform as many as four times throughout the show's 2-hour, 45-minute run.

The "Work" singer, who is this year's Video Vanguard Award recipient, will be changing things up by performing after receiving the award instead of giving a speech. The show's executive producer told Entertainment Weekly Rihanna's performance will be "one of those holy crap VMA moments."

Finally, we'll be keeping our eyes (and ears) peeled for the Princess of Pop herself, Britney Spears.

It's been nine years since she last performed at the VMAs, which ended up being a disappointing performance.

Prior to 2007, Spears had delivered some of the most well-known VMA performances ever, including 2001's entrance with a live albino Burmese python and her smooch with Madonna in 2003.