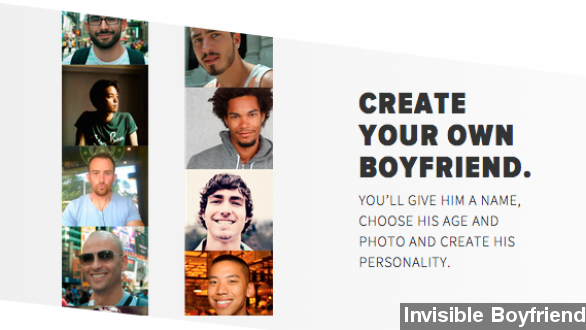 SMS
Top 3 Strangest Apps We've Heard About This Week
By Katherine Biek
By Katherine Biek
January 23, 2015
The top three apps of the week include a cat trivia app, one that creates a fake significant other and an app to find a stranger's bathroom to use.
SHOW TRANSCRIPT

The iTunes store is flooded with apps, so you know there have a be a few strange ones thrown into the mix. And we had to check them out for ourselves. Here are the top three strangest apps being talked about this week.

First up is an app for cat lovers everywhere. Or for people who are just trying really hard to impress a cat lover.

It's called Cat Facts Extreme, and it provides the user with hundreds of facts all about felines.

Time called it "one of the most brilliantly inane apps ever created."

So of course we had to download it and see for ourselves.

You can even send the cat facts to your friends anonymously. We're thinking your friends would be really creeped out, though, if they started getting random cat facts sent to their phones.

Up next is a set of apps that allow your relatives to stop worrying you'll end up dying alone.

They're called Invisible Boyfriend and Invisible Girlfriend. It actually allows you to create a fake significant other to fool your friends and family.

"First he chose a photo of his invisible girlfriend. Next he picked her personality, and then he created the story of how the two of them met," says an informative video about Invisible Girlfriend.

But the apps go a step further from just sending you a few fake photos.

BetaBeat reports it also "generates everything from photos and meet-cutes to text messages and actual voicemails — all of them totally fake, but also totally realistic."

But a fake boyfriend or girlfriend does not come cheap. The Daily Beast reports for $24.99, you get texts, voicemails and even a handwritten note.

Sounds like you're all set. That is, until your parents want to meet your fake girlfriend or boyfriend.

And finally, the strangest app of all: one that allows you to find the nearest bathroom. In a stranger's house.

It's called Airpnp, and it allows people to rent out their bathrooms.

"Thousands have already signed up for this. Prices range, and don't tell me how or why, from $100 to $1," NBC anchor Matt Lauer said.

According to the New York Post, those having to go in New Orleans or Antwerp, Belgium, will have the best luck finding a private restroom to use. Those are the two most popular cities on the app.