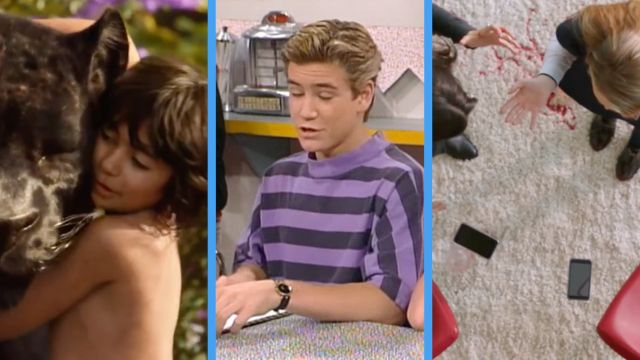 SMS
Top 3 Stories Making Us Nostalgic This Week
By Katherine Biek
By Katherine Biek
April 23, 2016
We were reminded of our childhood this week, including a live-action CGI flick, a '90s TV show-themed restaurant and a slew of bad TV movies.
SHOW TRANSCRIPT

Every once in awhile there are those stories that just make you sorta nostalgic. A bunch of talking CGI animals? A restaurant that takes it to The Max? And a television marathon that'll have us humming "We're All In This Together" over and over in our heads? Yeah, we're definitely getting our fill of these blast-from the-past stories.

First, we'd be remiss if we didn't talk about Disney's live-action version of "The Jungle Book."

It's based off the studio's animated version of the tale about Mowgli and all of his animal friends, which debuted in theaters all the way back in 1967.

This new live-action flick has been incredibly successful in its first week at the box office, having grossed more than $377 million worldwide so far.

Disney execs must have had an inkling the movie was going to be a huge blockbuster because before it was even released in theaters April 15, they announced a sequel was already in the works.

And if you thought Disney was the only one with "Jungle Book" fever, think again.

Warner Bros. also has a version in the works titled "Jungle Book: Origins" and Benedict Cumberbatch, Cate Blanchett and Christian Bale have already signed on to the project.

Next, a "Saved by the Bell" themed pop-up restaurant is opening in Chicago this summer.

It's being modeled off The Max, which is where our Bayside High favorites hung out when they weren't in class.

Fans of the show — or someone just looking for a bite to eat — will have to buy tickets, which are tough to come by.

Time Out Chicago reports the restaurant was flooded with so many reservations, it decided to extend its run in the city through August.

And finally, Disney Channel is providing us with the ultimate flashback in honor of its 100th original movie.

The network started making its original films in 1983, and its newest one is updated take on the '80s hit "Adventures in Babysitting."

To celebrate the milestone, Disney is going to lead up to the summer premiere of the film by airing all of its other 99 original movies.

Which means that beginning on Memorial Day weekend, we'll get to relive our childhoods by watching Disney Channel "classics," like "Zenon: Girl of the 21st Century," "High School Musical" and "Halloweentown."