Top 3 Silly-Sounding TV Pilots The Networks Could Pick Up 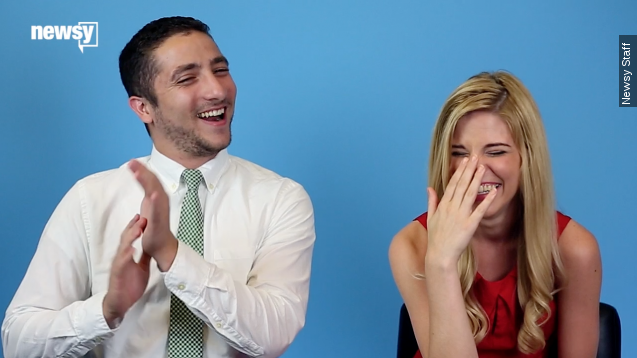 SMS
Top 3 Silly-Sounding TV Pilots The Networks Could Pick Up
By Katherine Biek
By Katherine Biek
August 8, 2015
Here's a look at three of the more ridiculous sounding premises the networks are considering for future television series.
SHOW TRANSCRIPT

All summer we’ve heard of the networks picking up pilots for possible television series orders. Some sound so cool we can hardly wait for them to air. While others, well, they’re a bit stranger.

Like a dystopian-set “Little Women” that was picked up by the CW.

The original Louisa May Alcott tale is set during the Civil War in the 1860s. But this adaption is a far cry from that.

E! reports the March girls are now half sisters who "band together in order to survive the dystopic streets of Philadelphia and unravel a conspiracy."

A writer for MTV thinks the new premise could be successful, saying, "...most of the major elements ... would neatly fit into such a so-called 'hyper-stylized, gritty adaptation' — like Beth's brush with scarlet fever, Amy's snatch-and-go with Jo's love interest Laurie, and the girls' constant disconnection from the cold, cruel society surrounding them."

Next, The Hollywood Reporter announced Fox is close to finalizing a deal for a live-action "X-Men" television series.

Now, don't get us wrong, an "X-Men" television show would probably turn into ratings gold for the network. But aren't we all getting a little sick of superhero TV shows? (Video via 20th Century Fox / "X-Men: Days of Future Past")

The CW has "Arrow" and "The Flash," as well as "DC's Legends of Tomorrow," which will premiere in the spring.

"Gotham," which is a precursor to the Batman comic book series, airs on Fox. ABC has both "Marvel's Agents of S.H.I.E.L.D." and "Marvel's Agent Carter." And CBS picked up "Supergirl," which premieres in the fall.

Even Netflix is producing superhero series. It's already aired a 13-episode season around "Daredevil," and has three upcoming series planned around Jessica Jones, Iron Fist and Luke Cage respectively.

And finally, the strangest potential TV show premise is coming from the creator of "The O.C." and "Gossip Girl."

It's called "Horrorstör" and Entertainment Weekly points out the premise is basically that of a haunted Ikea store.

It centers around a woman named Amy who works at a furniture store that "actually preys upon its customers' desires to a supernatural degree, selling products that make their wishes and fantasies come true in unexpected and insidious ways."

This video includes an image from Getty Images and music from Pierlo / CC BY 3.0.