Top 3 Olympic Storylines You Have To Watch 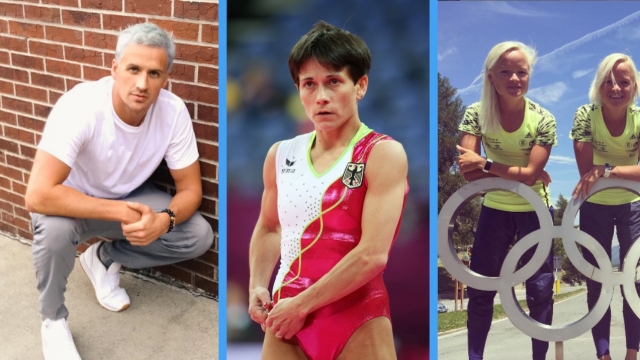 The 2016 Summer Olympics have officially begun, and now, we have about two weeks jam-packed with sports we love to watch and others we don't really understand (like handball and trampoline gymnastics). But it's the competitors who're really fun to root for — and this year, we've got our eyes on quite a few.

The 11-time Olympic medalist is swimming in only two events this year, but we're going to be keeping our eyes peeled for when Lochte's not in the pool — and is instead showing off that strange, new hair color.

Lochte explained the bold change by saying: "Usually I've always done the grills at the Olympics. I left the grills at home. I had to do something different, so why not the hair?"

Next, we move on to Oksana Chusovitina, who at 41 years old is the oldest female gymnast to compete at the Olympics.

She first competed in the Barcelona Olympics in 1992, making Rio her seventh games, also a record.

This time around, Chusovitina is competing for her native country of Uzbekistan. She previously represented Germany and the Soviet Union at other Olympic games.

Finally, another set of athletes are quite possibly a first for any Olympic games: identical triplets from Estonia.

Leila, Liina and Lily Luik will compete in the women's marathon event. Even more impressive: They started running competitively just six years ago.

This video includes clips from Speedo USA and Adidas and images from Getty Images and Instagram.