Top 3 Movies That Should Never Be Made Into Musicals 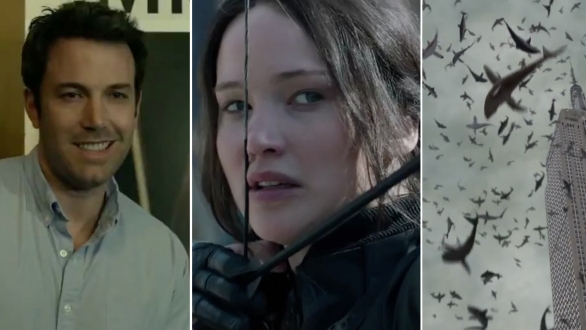 SMS
Top 3 Movies That Should Never Be Made Into Musicals
By Katherine Biek
By Katherine Biek
March 28, 2015
With the announcement that "Pretty Woman" is being turned into a musical, here is our list of three movies that should never be adapted for Broadway.
SHOW TRANSCRIPT

The entertainment world was abuzz this week with the news that the movie "Pretty Woman" is going to be adapted into a musical for Broadway. It got us thinking about all the other movies over the past couple of years that were also transformed into musicals.

There was "Legally Blonde: The Musical" based off the 2001 film starring Reese Witherspoon.

And the many "Bring It On" movies were the basis for a musical of the same name.

And who can forget "Spider-Man: Turn Off the Dark", which was still a pretty big fail despite a production budget of $75 million.

So out of the kindness of our hearts, we've decided to create a list of the top three movies The Great White Way should never touch.

And finally, Broadway should never ever produce a "Sharknado" musical. (Video via Syfy / "Sharknado")

This video contains images from Getty Images and music from Bensound / CC BY ND 3.0 and Podington Bear / CC BY NC 3.0.