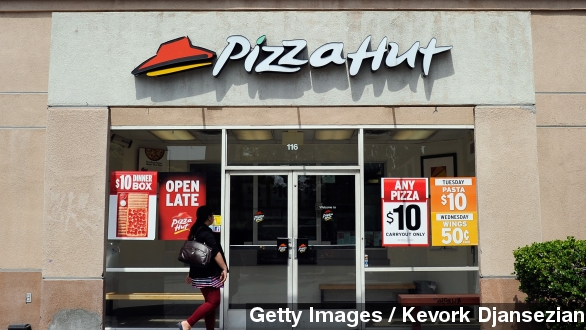 Fast food. It's a lot of people's guilty pleasure. But did you know your favorite item might be getting dropped from Chipotle's menu? Or that Pizza Hut is finally helping their gluten-free customers out? Here are your top three fast-food menu changes of the week.

First up, Chipotle is going pork-free — at least for the moment. (Video via Youtube)

The Mexican food chain found one of its pork suppliers wasn't following the company's standards.

According to Chipotle's website, it only buys pork from farmers "whose pigs are raised outside or in deeply bedded pens, are never given antibiotics and are fed a vegetarian diet."

So instead of quickly finding another pork supplier, Chipotle made the executive decision to remove the meat from 600 of its locations.

A spokesman for the company told ABC, "This is fundamentally an animal welfare decision, and is rooted in our unwillingness to compromise our standards where animal welfare is concerned."

A similar incident happened last year when Chipotle was forced to either stop selling beef-filled menu items or lower their standards when a global beef shortage occurred.

A writer for Business Insider pointed out the chain ultimately decided to sell what it called "conventionally raised" steak.

Next, Pizza Hut is finally adding gluten-free pizzas to its menu. And we mean finally. (Video via Pizza Hut)

The franchise announced it was partnering with Udi's Gluten Free and the Gluten Intolerance Group to begin offering two gluten-free pizzas options.

You can choose from either cheese or pepperoni, or you can create your pizza using Udi's gluten-free dough, cheese and pepperoni.

Pizza Hut is a little late to the party; Domino's started providing gluten-free crust all the way back in 2012, while Papa Murphy's did the same last year.

But it's still a pretty big deal. Pizza Hut is the largest pizza chain in the world with more than 15,000 restaurants around the globe.

And the Los Angeles Times reports Americans spent $8.8 billion in 2014 on gluten-free food. That number is expected to keep growing this year.

So it's about time, Pizza Hut.

And finally, Wendy's is subtracting a drink item from its kids menu.

The Center for Science in the Public Interest announced Wednesday the fast food chain was axing soda from its kids meals.

Health advocacy groups have been going after various fast food restaurants to make this very move for years.

It's because the consumption of sugary drinks like soda has been linked to diabetes, obesity and tooth decay in people of all ages.

McDonald's made the same commitment in 2013 and is making the change to its menu this year. (Video via McDonald's)

Wendy's has plenty of other drink options for children, though, including milk and apple juice.