Top 3 Expensive Foods You Wouldn't Expect At The State Fair 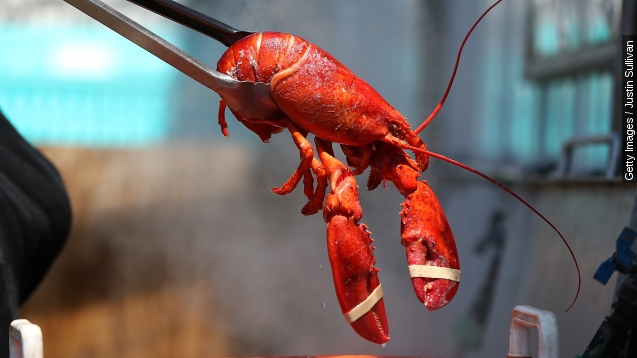 SMS
Top 3 Expensive Foods You Wouldn't Expect At The State Fair
By Katherine Biek
By Katherine Biek
August 22, 2015
State and county fairs across the country amped up their food game this year, providing more expensive options for their guests.
SHOW TRANSCRIPT

Going to the state fair is a quintessential summer pastime. It's basically America at its finest: standing in long lines for rides in the sticky heat, while eating something deep-fried and on a stick. But this year, a few state fairs upped their game when it came to food options.

Like the State Fair of Texas, which is offering lobster to all who want it.

But instead of looking freshly cooked, it's fried.

Next is prime rib, which is being served at the Minnesota State Fair.

The dish is called "Prime Rib to Go" and features thin slices of prime rib inside a bread cone along with sauteed peppers, onions and mushrooms.

And finally, everyone needs dessert, right? The Orange County Fair might have just the thing.

This year, one of its food vendors, Chicken Charlie's, celebrated the 125th anniversary of the fair in a big way.

It took a state fair classic — the deep-fried Twinkie — and topped it with caviar. Yep, fish eggs on a Twinkie. Even though the price was steep at $125, all proceeds were donated to the Children's Hospital in Orange County.