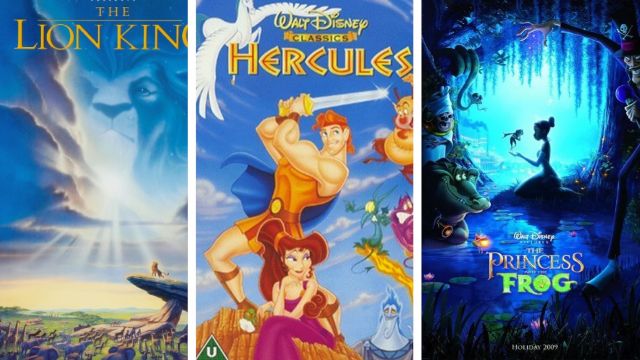 SMS
Top 3 Disney Animated Films We Need Live-Action Versions Of Right Now
By Katherine Biek
By Katherine Biek
May 28, 2016
We've even come up with some casting ideas in case Disney wants to take us up on our movie suggestions.
SHOW TRANSCRIPT

Disney seems to be obsessed with live-action versions of its classic animated movies these days. In fact, the studio has already released two this year — including "Alice Through the Looking Glass," which opened Friday. So it got us thinking: With at least 14 other remakes currently in the works, which animated films are we surprised Disney hasn't touched yet?

The first one was easy: "The Lion King."

Not only did the 1994 film win Academy Awards for best original score and best original song, but it's also the second-highest-grossing animated film in domestic box office history.

If we were to cast a live-action version of "The Lion King," we'd definitely hire "Room" star Jacob Tremblay to voice the part of young Simba.

And if James Earl Jones couldn't voice Simba's father, Mufasa, we'd like to think Idris Elba would do the role justice.

We'd cast Liam Hemsworth as the title character and Mila Kunis as his love interest, Meg.

Finally, what about "The Princess and the Frog"?

Despite the 2009 release being one of Disney's more recent animated films, the movie was actually a major milestone: It was the first time Disney created an African-American princess.

No surprise, we'd cast Beyoncé to play the heroine Tiana — she does have to sing and all — but if for some reason Queen Bey is busy, "X-Men" star Alexandra Shipp is our second choice.