Top 3: Counting Down The Most Unusual Valentine's Dates 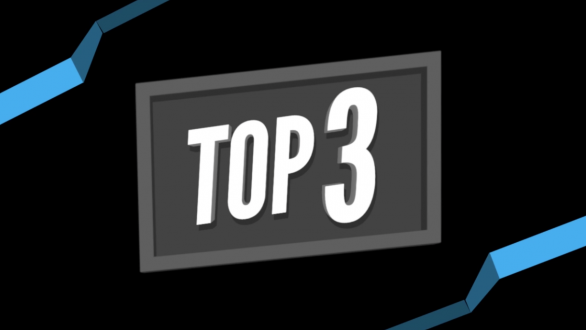 So do you have a date for Valentine's Day yet? Or are you one of those people who's going to be watching "Fifty Shades of Grey" at the movie theater instead? No judgement. But if you are on the lookout for a hot date come Feb. 14, we have some interesting options for you.

First up Match.com and Starbucks have teamed up together to create what it's calling the largest #StarbucksDate.

Now that date is actually happening on Feb. 13. But hey, maybe if the date goes well you can have another one on the actual holiday.

But that’s not all. Match.com created a "Meet at Starbucks" feature on its app, which users can use to find a Starbucks location to have their first meet-and-greet. (Video via Starbucks)

Coffee shops are a pretty popular first date spot. Advertising Age reports one in three people have coffee the first time they meet a potential boyfriend or girlfriend.

Next up, consider taking your pet out on a date.

OK, this might seem weird. But, apparently, Americans are already going to spend quite a bit of money on their pets this Valentine's Day — $700 million to be exact.

That number comes from the National Retail Federation, which discovered one in five people are going to be purchasing something special for their beloved pet.

A writer for Yahoo! found this number incredible:

"I've said before there's nothing more discretionary than a Halloween costume for a dog. I was wrong. The most disposable income on Earth is that which you spend buying flowers for your goldfish."

The National Retail Federation did some quick math and found out that if a fifth of Americans spend a total of $700 million on their pets for Feb. 14, that breaks down to around $5.28 per person per pet. So Fido won't be getting a gold-plated doghouse this year.

And finally, the most bizarre of them all: You can date a cockroach.

This is the brainchild of the San Francisco Zoo, which has two types of cockroaches to adopt in honor of your ex because nothing says "I'm over you" like naming a cockroach after your ex.

The first is the Giant Hairy Scorpion. And the second is the Madagascar Hissing Cockroach.

The zoo really got into the spirit, writing on its website, "The hissing cockroach is one of the largest species of cockroach, reaching 2 to 4 inches at maturity, but as we all know, some cockroaches just never seem to grow up."

Don't worry. You won't actually be sent a real bug — cause that's gross.

KNTV reports people can choose a box of plastic cockroaches or the hairy stuffed animal scorpion — or both!

The adoption really is more of a donation. The Consumerist says there's multiple levels of adoption that cost between $25 and $1,000. The money all goes toward the Zoological Society.