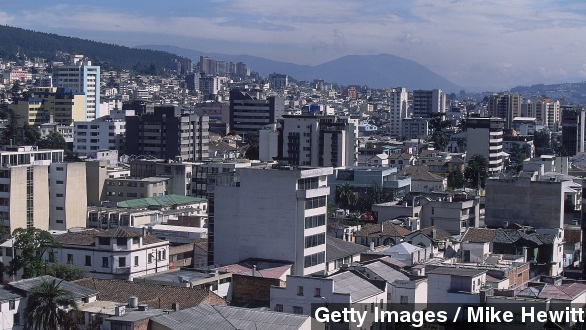 SMS
Top 10 Countries To Retire To In 2015
By Matt Picht
By Matt Picht
January 18, 2015
Expat magazine International Living has released its annual list of the ten best places to retire to overseas.
SHOW TRANSCRIPT

Thanks to the relatively high cost of living in the U.S., more and more retirees are opting to spend their golden years and hard-earned cash abroad. Currently, an estimated three million Baby Boomers plan to move overseas after retirement.

But where in the world is the perfect retirement haven? Each year, expat-focused magazine International Living seeks to answer that question by ranking the best countries for retirees.

The magazine pulls data from their network of correspondents and international organizations to rank countries by cost of living, healthcare, infrastructure and other factors.

The top ten countries on their list cover a variety of regions around the globe. While most of the countries on the list remain fairly static over the years, the exact standings did get a bit of a shake-up this time around.

Once again, Central and South America dominate the rankings, accounting for nearly half of the top ten list.

Ecuador and Panama, the two top destinations, feature attractive discount packages to bolster their already low costs of living. Both nations are tourist-friendly, have excellent infrastructure, and boast a variety of entertainment and sightseeing options.

But if you'd rather spend your twilight years in Europe, it's still worth brushing up on your Spanish. Spain remains the top European retirement destination on the list, thanks to cheap prices, beautiful locales and a top-notch healthcare system.

Asia's look-in on the top ten is mostly thanks to Malaysia and its robust economy, which allows expats to enjoy a high-quality lifestyle at a comparatively low price.

If you are planning to take advantage of these or any other retirement destinations, the U.S. State Department has a checklist to help anyone looking to retire overseas set their affairs at home in order first.