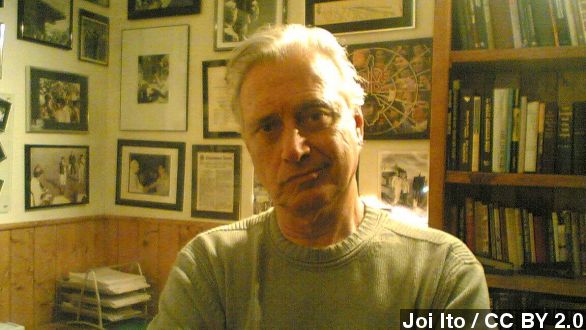 Tony Verna, the TV director and producer who is credited with inventing instant replay in sports broadcasting, has died. He was 81.

According to the Los Angeles Times, Verna died Sunday at his home in Palm Desert, California, "after a short battle with acute leukemia."

"If you watched the game today without replay ... you would be unhappy," Tony Verna said.

Verna worked in TV production for more than five decades, and it was one innovative idea in the early stages of his career that changed the sports world forever. (Video via Archive of American Television)

Instant replay was first shown in the CBS broadcast of a 1963 Army-Navy college football game in Philadelphia. Working off the cuff, The Times says Verna used a tape machine to replay a pivotal touchdown. (Video via WCAU)

Meanwhile, play-by-play announcer Lindsey Nelson reportedly clarified to viewers, "This is not live! Ladies and gentlemen, Army did not score again."

In 2004, Sports Illustrated named Verna's recapturing creation as one of "The 20 Great Tipping Points" of the previous five decades.

Verna spent the majority of his producing and directing career in sports, but he also had a vast resume of news and entertainment events to his name.

In the 1980s, he worked behind the lens for a network interview with former President Ronald Reagan. (Video via ReaganFoundation)

He also helped put together a Mother Teresa Christmas special and Pope John Paul II's "Prayer For World Peace," which more than 1 billion people tuned in to watch.

In 1995, the Director’s Guild of America honored Verna with a lifetime achievement award in sports.

Verna is survived by his wife, Carol, his son, two daughters and three grandchildren.

This video includes images from Joi Ito / CC BY 2.0.