Tom Holland Set To Cast His Web As New Spider-Man 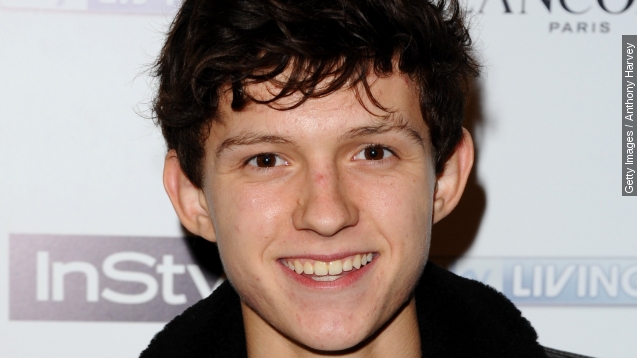 For Tom Holland, the choice to lead a normal life is no longer an option. That's because Sony announced Tuesday he's filling Andrew Garfield's shoes as the next Spider-Man.

Sony Pictures Chairman Tom Rothman said in a statement: “I've worked with a number of up-and-coming directors ... and believe that Jon is just such an outstanding talent. For Spidey himself ... Tom's screen tests were special."

Stepping into Spidey’s web will be Holland’s first major lead role as an actor. Prior to this announcement, he was best known for his role in the 2012 Naomi Watts movie "The Impossible."

The Spider-Man reboot will become part of Sony’s most successful franchise. The previous five movies have grossed over $4 billion worldwide.

And Marvel fans will catch a glimpse of Holland as Spider-Man sooner than expected. Much to the delight of the comic-reading world, Spider-Man will make an appearance in the upcoming 2016 film "Captain America: Civil War."

We think he's going to adapt to life as a superhero just fine. (Video via Instagram)

Though this new Spider-Man storyline has not been revealed, it’s reportedly going to begin in a high school, making this 19-year-old actor fairly age-appropriate. The movie is set to release in 3-D July 28, 2017.