Tom Hanks May Be Taking On Another Real-Life Role 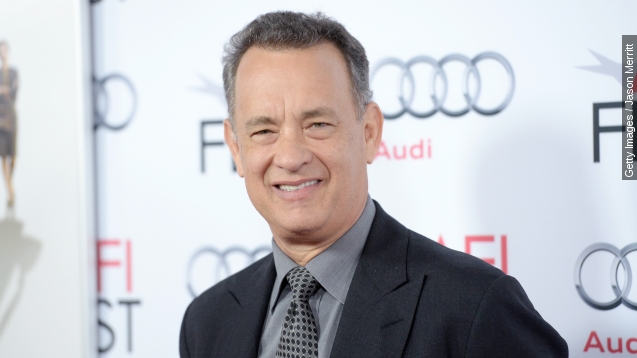 Tom Hanks is reportedly in talks to take on a role playing the real life Captain Chesley "Sully" Sullenberger in a new biopic.

The Clint Eastwood directed film will focus on Sullenberger, who in 2009, safely landed a US Airways flight in the Hudson River after the plane's engine was hit by a flock of geese. All 155 people on board were saved thanks to his efforts. (Video via CBS)

Tom Hanks seems to be one of the go-to guys in Hollywood to take on roles of real people.

In the 1995 film "Apollo 13" he played real-life astronaut Jim Lovell.

"There's nothing routine about flying to the moon, I can tell you that."

And in 2013 Hanks pulled double-duty, playing Captain Richard Phillips, who was held captive after Somali pirates hijacked his ship in 2009, and Walt Disney in "Saving Mr. Banks." (Video via Columbia Pictures)

"When does anyone get to go to Disneyland with Walt Disney himself?"

On Hanks embodying Disney, his co-star Bradley Whitford told Variety, "If you're playing Walt Disney, he's obviously a recognizable person and you want to physically resemble that person without doing a dead imitation of them. Which Tom did brilliantly."

The Hollywood Reporter says Hanks is Eastwood's first choice to play the lead in the upcoming Sullenberger film.