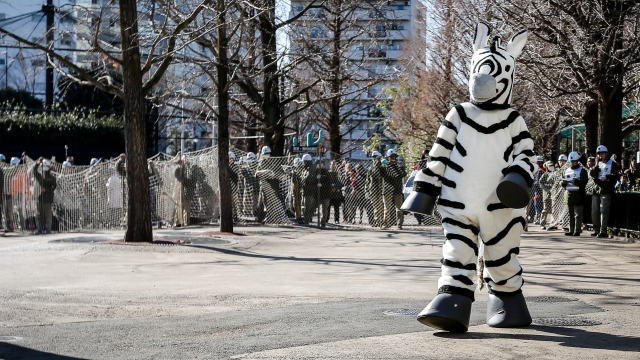 Every year, the Ueno Zoo in Tokyo holds a drill in case the animals escape.

Only instead of practicing with the real thing, workers wear costumes.

This year's practice run involved a zebra startled by an earthquake.

As part of the drill, guests were evacuated, injuries were treated and the zebra was "subdued" with a stun gun.

One thing the worker probably couldn't do like a zebra –– run at 40 miles per hour. (Video via National Geographic)

In the past, the zoo has practiced captures for fake rhinos, gorillas, lions and more.