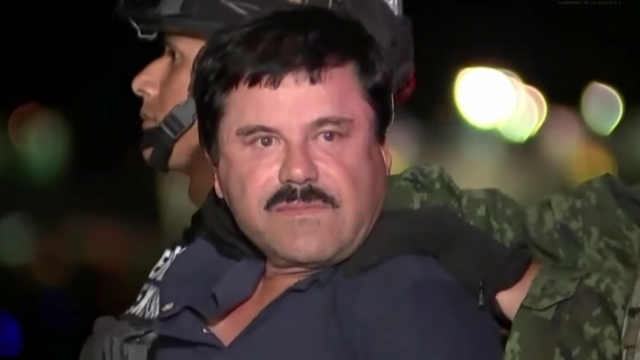 For the third time, Joaquin "El Chapo" Guzman has escaped from a Mexican prison. Except he hasn't. He's definitely still there.

But you wouldn't know that if you looked at your Twitter timeline. Memes and tweets were sent out more than 400,000 times poking fun at the absurdity of El Chapo making a third getaway. And it is absurd — because it's completely false.

It looks like a story from a website calling itself ABC News was one of the first to report on the "escape." Except there's a big issue: The website is full of made-up news. Don't believe me? Let's take a look.

At first glance, this looks like a normal online article. It has a pic of El Chapo and gives a pretty detailed account of how the drug kingpin got away again. But if you keep reading, it becomes obvious this site is full of it.

Exciting story, if it were real. Bringing it back to reality: El Chapo is is still in a maximum-security prison where he is still waiting to be extradited to the U.S.