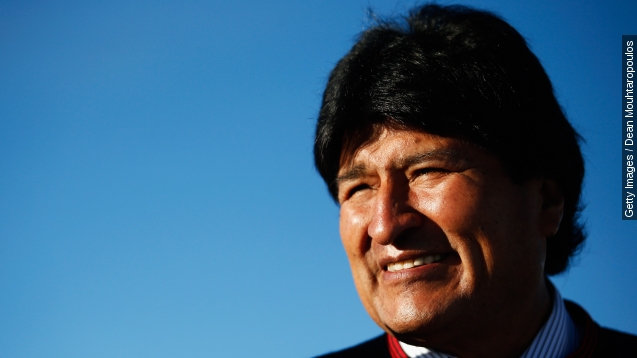 One of Latin America's most influential socialist leaders wants another term in office. But in order to be eligible for another term, he needs to change the country's constitution. Again.

Bolivian President Evo Morales, currently serving his third term, says he will decide to change the constitution he drafted himself in 2009 if it's the will of the people. The issue is on a public referendum ballot, but his fourth campaign for office is already in motion.

Morales has been in power for nine years, and if the referendum passes he could remove the limit on how many times a president can run for office.

The 2009 constitution promoted Morales’ socialist views and gave more rights to Bolivia's indigenous groups. Morales is the first Bolivian president who belongs to an indigenous group.

Morales is an especially controversial figure in Latin American politics, particularly within the wealthy conservative elite. However, the elite are starting to turn in his favor and his last re-election had the largest turnout yet.

This means that, in case the referendum is favorable for Morales, the indigenous president could dominate Bolivian politics as his support is only growing.

Bolivia continues to be a major player in the leftist push toward socialism in Latin America, and this referendum could give Morales even more influence in the region if it goes his way.