To Save Time, Delta Wants To Carry Your Carry-Ons For You 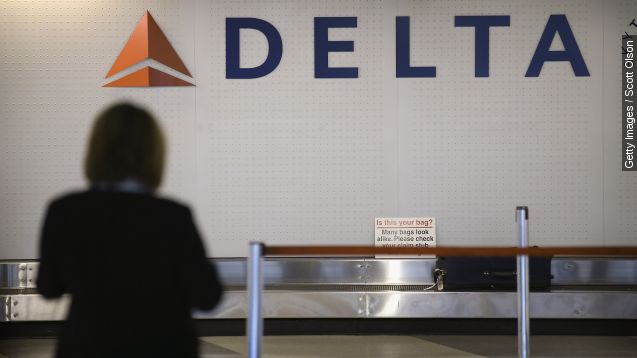 SMS
To Save Time, Delta Wants To Carry Your Carry-Ons For You
By Ryan Biek
By Ryan Biek
June 3, 2015
In an effort to cut down delays, Delta Air Lines is experimenting with preloading passengers' carry-ons.
SHOW TRANSCRIPT

Delta has a new idea to get you to your destination faster –– carrying your carry-ons for you.

Customers who have many bags are currently being selected, and, if they consent, their bags are loaded directly above their seats before they board the plane.

NBC reports the program, called "Early Valet," will be tested in several airports until the end of August. And it has a good chance of reducing delays.

CBS cites a Northern Illinois University study that found eliminating the practice of passengers loading their own carry-ons cuts the average boarding time down by roughly 12 minutes.

"Every time a plane is sitting on the ground, that's $30 a minute. One out of four flights now is taking a 15-minute delay, times the number of flights per day –– ka-ching ka-ching," CBS' travel editor said.

Delta's website boasts more than 5,400 flights a day, so that means the airline stands to save over $600,000 daily by eliminating those delays. That's over $220 million annually.

But there could be some issues with changing the system. Some, like AirlineReporter's David Parker Brown, told NBC he wonders if it'll confuse those who don't travel often and make a complex system even more complex.

And even if the new loading process saves time, there are plenty of other causes for flight delays. According to the U.S. Department of Transportation, circumstances out of the airline's control count for almost as many delay minutes as circumstances within.