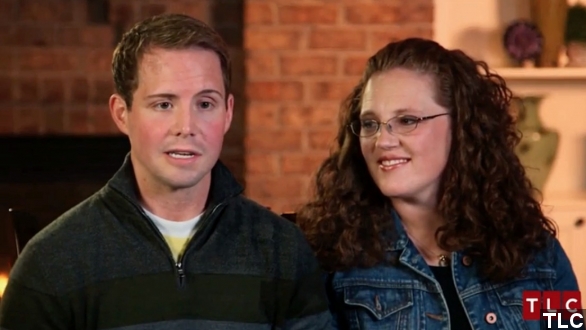 By Katherine Biek
January 6, 2015
"My Husband's Not Gay," a TLC special about Mormon men who are married to women but attracted to men, is causing an uproar from the LGBT community.
SHOW TRANSCRIPT

An upcoming TLC special about marriage and faith is causing controversy.

Titled 'My Husband's Not Gay,' the show follows four men from Utah — three of them married to women and one of them a bachelor.

"I'm definitely attracted to men, too."

As ABC explains, the men's marriages to their wives aren't new. And at least one of the couples has children.

"Jeff and Tanya: introduced on a blind date and married for 10 years. ... Pret and Megan met in Sunday school 17 years ago and married for nearly nine," ABC reporter Cecilia Vega said.

All four of the men are Mormon, a faith that's always been pretty strict when it comes to marriage.

On its website, The Church of Jesus Christ of Latter-Day Saints says while being attracted to a person of the same sex is "not inherently sinful," it goes against church doctrine to engage in any homosexual behavior. The church firmly believes marriage should be between a man and a woman.

Since TLC began airing commercials for "My Husband's Not Gay" back in December, more than 74,000 people have signed a Change.org petition asking the network to cancel the special.

The man who started the petition wrote, "The men featured in this show deserve to be shown compassion and acceptance. ... TLC is presenting victims' lives as entertainment, while sending the message that being gay is something that can and ought to be changed, or that you should reject your sexual orientation by marrying someone of the opposite sex."

And GLAAD's president and CEO put out a statement saying, "This show is downright irresponsible. No one can change who they love, and, more importantly, no one should have to."

In response, TLC said Tuesday morning to Variety, "TLC has long shared compelling stories about real people and different ways of life, without judgment. The individuals featured in this one-hour special reveal the decisions they have made, and speak only for themselves."

"My Husband's Not Gay" will air Sunday, January 11.