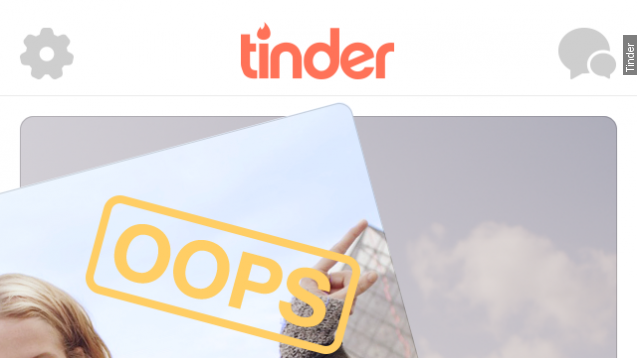 Vanity Fair has officially experienced the most epic Tinder nightmare. This is the epitome of a Twitter rant.

Tinder posted a total of 31 – yes, 31 – tweets in response to an article Vanity Fair wrote about the company.

In the article, the author argues young men using dating apps (predominantly Tinder) to find hook-ups and one-night stands can lead to disrespect for women.

One woman told the author guys are looking for "hit-it-and-quit-it on Tinder."

It's safe to say Tinder was not happy with the direction of that article, so they swiped left.

Among many, many other comments, here are some of the best comebacks.

Tinder says, "Little known fact: sex was invented in 2012 when Tinder was launched."

"Tinder creates experiences. We create connections that otherwise never would have been made. 8 billion of them to date, in fact," one tweet says.

Tinder says the app is useful for reasons besides dating: "It's about meeting new people for all kinds of reasons. Travel, dating, relationships, friends and a [expletive] ton of marriages."

And boasted about its uses for social justice: "Talk to the female journalist in Pakistan who wrote just yesterday about using Tinder to find a relationship where being gay is illegal."

Take a lap, Tinder. But then the Vanity Fair writer fired back, asking if journalists needed approval to write about the company — which is a valid argument.

Of course, Tinder tried to backtrack on that rant with a calmer statement saying it overreacted but was sad Vanity Fair didn't mention the successful matches on Tinder.