Tinder CEO Interview: Everything Is Awkward 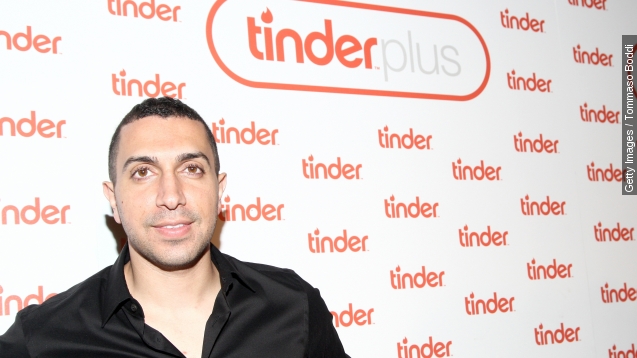 A co-creator of Tinder had a really, really awkward interview with the Evening Standard.

Some stuff about the CEO Sean Rad's dating life was revealed, possibly to show how "gallant" he is, according to the reporter who interviewed him. But it might've backfired.

One gem people are focusing on is his relationship with an anonymous supermodel. Rad says it's "someone really, really famous ... begging him for sex." He says he doesn't care if someone is a model; he needs "an intellectual challenge."

Yeah, that could make for an interesting chat with said model once she gets her hands on the interview.

Oh, and he accidentally said the wrong word at one point. Happens to the best of us.

But it's worth mentioning. Continuing on the topic of his need for an "intellectual challenge," Rad said: "Apparently there's a term for someone who gets turned on by intellectual stuff. You know, just talking. What's the word? I want to say 'sodomy'?"

But enough about Rad's dating life, he also elaborated on the profound impact of Tinder on relationships and hinted at some mistrust of the journalist who wrote a Vanity Fair article on the dating app. (Video via Tinder)

The piece wasn't flattering for the company. And it seems to still be on Rad's mind.

He said he'd done some "background research" on the writer "and there's some stuff about her as an individual that will make you think differently."

Entrepreneur interpreted the comment as a "veiled threat," but Rad didn't go into detail on the information he allegedly found.

But a writer for Re/code says we shouldn't be surprised by Rad's comments. Re/code pointed to Rad's handling of sexual harassment allegations brought against co-founder of Tinder Justin Mateen by, yet another co-founder, Whitney Wolfe. (Video via Tinder)

"Don't I know you from somewhere?" asked an actor in a Tinder promotional video. (Video via Tinder)

But this doesn't seem to be slowing down investors with Match Group, which owns Tinder. At the group's Thursday IPO, stocks rose more than 20 percent from the opening price of $12.