Time Warner Bills More For What Streamers Don't Have: Sports 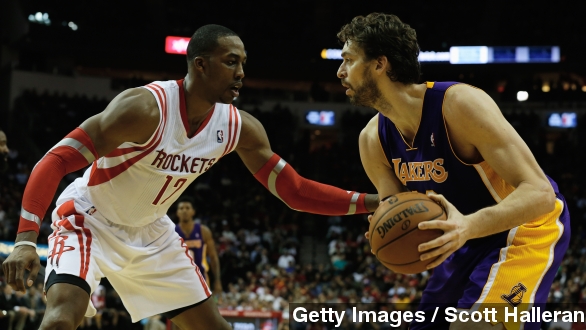 SMS
Time Warner Bills More For What Streamers Don't Have: Sports
By Ben Lawson
By Ben Lawson
January 2, 2015
Time Warner has implemented a sports programming charge as dissatisfaction with cable providers and their fees continues to grow.
SHOW TRANSCRIPT

As the growth of companies like Netflix and Hulu ate into cable providers' business, it became clear they had one trump card: sports. And now Time Warner Cable has officially played its hand.

Time Warner is now charging customers a sports programming fee. Customers will be billed $2.75 a month for a total of $33 for the year.

For Time Warner's part, it says the cost of carrying sports networks has gone up by 91 percent since 2008.

ESPN is easily the most expensive channel for cable providers to carry, according to research firm SNL Kagan. It reportedly charges $6.04 per customer. To put that number into perspective, TNT is the next highest on that list, and it charges $1.48 per customer.

This comes at a time when cable providers are facing growing competition.

More and more people have been "cutting the cord" and moving over to set-top boxes like Roku and Chromecast. The added fee for sports channels likely won't help matters.

Also not helping: There's no way to opt out of the sports channels. So even customers who don't watch sports will see that charge on their bills.

Customer satisfaction with Time Warner Cable is already extremely low. It was the second-lowest-rated company on the American Customer Satisfaction Index in 2014. The bottom spot went to its Internet division.

But hate it or not, sports fans really don't have a lot of other options for watching live games from home.

TV broadcasters fight fiercely for the rights to major sporting events because they bring in a huge number of eyeballs for advertisers.

Bloomberg says Fox, CBS and NBC all pay around $1 billion annually for NFL games, but it's worth it: The NFL generates an estimated $6 billion in total TV revenue each year.

Which is why we likely won't see most games streaming online independent from a cable subscription anytime soon.

This video includes images from Getty Images and Josh Hallet / CC BY 2.0.