'Sí Se Puede' Has A History Off The Campaign Trail 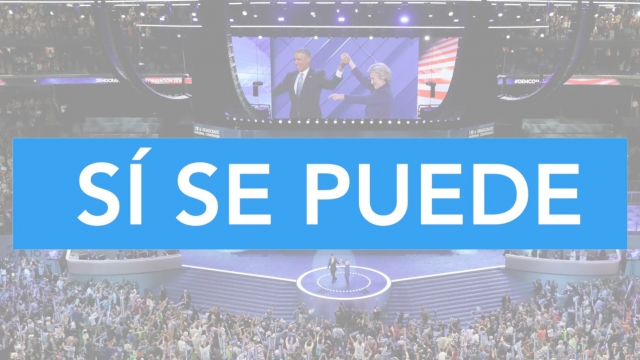 That's a phrase you've heard a lot at the Democratic National Convention.

"Sí se puede" literally means "Yes, it can be done," or "Yes, we can" for short. Sound familiar?

"Sí se puede," said President Barack Obama during his 2008 campaign at a conference for Latino leadership.

But before it was a campaign slogan, it was a rallying call for labor rights.