Tim Cook Sees iPhones Everywhere, Even In A 17th-Century Painting 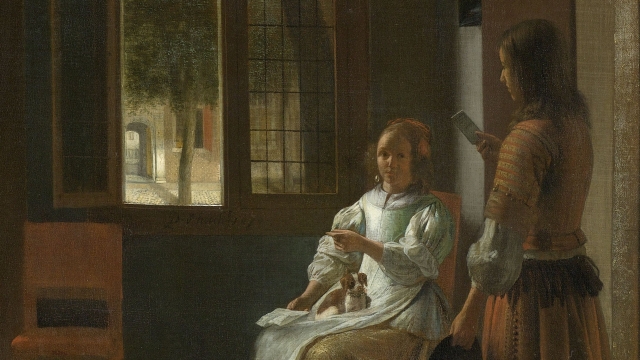 So, Tim Cook said this 17th-century painting shows someone holding an iPhone.

I mean, he said it at a conference in Amsterdam, so who knows where his head is?

when a former commissioner gave him the perfect setup:

"Do you happen to know, Tim, where and when the iPhone was invented?" Neelie Kroes asked.

"You know, I thought I knew until last night" he said.

His joking response referenced a painting the pair saw the night before.

"I was so shocked ― there was an iPhone in one of the paintings," he said.