Tim Cook's Public Advocacy Is A Change For Apple 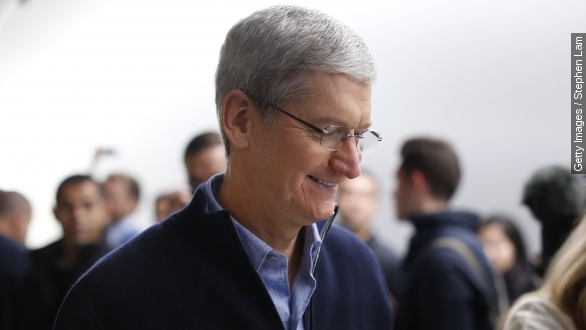 Apple CEO Tim Cook is speaking out against Indiana’s recently passed Religious Freedom Restoration Act and “nearly 100 bills designed to enshrine discrimination in state law” in an op-ed published in The Washington Post.

Cook positioned the piece as a message not just from him, but from the entire tech company. He also called on others to join him in opposition.

“We strive to do business in a way that is just and fair. That’s why, on behalf of Apple, I’m standing up to oppose this new wave of legislation — wherever it emerges. I’m writing in the hopes that many more will join this movement.”

Late last year, Cook delivered a speech in his home state of Alabama where he spoke of the state’s slow crawl toward civil rights.

It’s a big change for the Cupertino company. Outside of product announcements, Steve Jobs and Apple itself were notorious for being both quiet and clandestine during the late CEO’s reign.

So much so that Jobs’s philanthropy — or alleged lack thereof — became an area of intense interest for the media.

Apple under Cook, on the other hand, has an entire area of its site devoted to diversity — with a letter from Tim Cook himself. He writes, “Inclusion and diversity have been a focus for me throughout my time at Apple, and they’re among my top priorities as CEO.”

And the CEO made headlines recently when an interview in Fortune revealed Cook plans to “give away all his wealth.”

In other words, with Tim Cook at the helm it’s clear Apple will no longer remain silent on social issues, but instead an outspoken advocate for inclusion and diversity.